Menu
Menu
Skip to the end of the images gallery 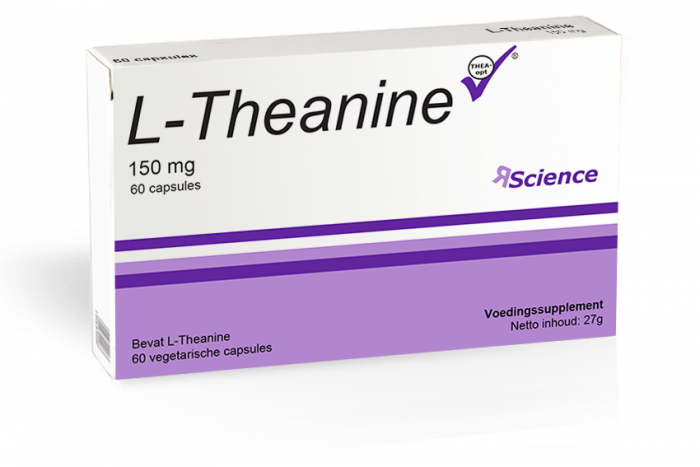 Skip to the beginning of the images gallery

L-Theanine is a biological molecule, which is found mainly in tea leaves (Juneja, 1999) in more than 20 tea species and variants (Deng, 2010). Among other qualities, it has a biological and balancing effect on the brain and increases concentration. Tea leaves contain the levorotatory form of the amino acid Theanine, which is why Theanine is also called L-Theanine. This levorotatory variant is responsible for the effectiveness and the taste of mainly green tea.

Tea contains approximately 2% pure amino acids and 50% of this is L-Theanine. In the tea plant it appears that–in addition to a role as a building material–it is also effective in protecting the cells. When young tea plants are stressed with salt, they produce additional L-Theanine in their cells (Deng, 2012). In a model for lifespan, the famous model of the nematode (roundworm), it emerged that Theanine considerably lengthens the lifespan of cells in roundworms (Zarse, 2012).

L-Theanine has been studied extensively and has been described in more than 200 scientific articles.

L-Theanine enters the blood stream quickly through tea or capsules; the more you take, the higher the concentration in your blood. However, to measurably increase the content of Theanine in blood, you would have to drink a great deal of tea, glass after glass (Scheid, 2012).

Second to water, tea is the liquid most drunk around the world (Graham, 1992). The special taste of green tea is caused to a large extent by the presence of the amino acid Theanine. In Japan this taste is called Umami (Narakuwa, 2008). Umami is considered the 5th taste sensation in Japan, after bitter, sour, salty and sweet.

Theanine has a physiological function in our brain.

Theanine: a brief history of an important molecule

The amino acid L-Theanine was described for the first time in 1949 by a Japanese researcher, Dr. Sakato, as the most important ingredient in the tea plant (Camellia sinensis).

The unique effect that L-Theanine has on our brain has been known for more than 50 years (Kimura, 1971). Japanese physicians and biologists in particular carried out extensive research studies on the biological and balancing effects (Kimura, 1975; Shinozaki, 1978). These extraordinary effects were observed in a large number of lab animals, starting with the roundworm, later octopus and rats, and finally human beings were tested (Shinozaki, 1978; Kimura, 1980).

It quickly became clear that this amino acid can influence various neurotransmitter systems in the brain, such as dopamine, serotonin, glutamine and noradrenaline (Kimura, 1986; Yokogoshi, 1998; Yokogoshi, 2000; Yamada, 2005; Yamada 2007; Yamada, 2009).

Around 1990 Japanese researchers found that Theanine could also be produced in cell cultures of the tea plant (Orihara, 1990). Starting from the1990s, the biological effects of this amino acid were tested on various cell types and tissues in the body (Yokozawa, 1995; Kitaoka, 1996).

After drinking, Theanine is easily absorbed in the intestines and within a few hours definite concentrations of amino acid can be observed in the blood (Unno, 1999). During several hours after taking Theanine, the concentration in the brain increases and the maximum is reached after approximately five hours (Terashima, 1999).

Very fascinating is that it appears that the amino acid can normalise the excessively active effect of caffeine (Kakuda, 2000).

Theanine is a unique substance that also has a physiological function in assisting the immune system (Kurihara, 2007; Bukowski, 2008; Kawada, 2010; Kurihara, 2013).

The supporting effect of Theanine on brain cells was also observed by neurobiologists (Nishada, 2008; Takeda, 2011; 2012).

Recently, cell biologists have also discovered that Theanine can support the physiological function of the DNA (Attia, 2012).

RSG has specifically developed L-Theanine as a pure supplement, without chemical and pharmaceutical additives; only the pure amino acid L-Theanine was selected for this supplement. The vegetarian capsules contain nothing more than pure L-Theanine and natural acacia fibre.

JP Russell Science Global Ltd has opted for the term ‘Science’ in its name for good reasons. The company develops only natural products that are found in the cells and tissues of the body. These support important physiological functions. Furthermore, extensive scientific research has been carried out into its effects. Therefore, an extensive overview of scientific publications about the functions of Theanine can be found in the ‘Product Effects’ section of the website. These publications clearly demonstrate the biological relevance.

The result of studying these natural substances is that RSG has chosen to produce products that are completely free of chemical and pharmaceutical additives – wherever possible. For example, the RSG’s Theanine capsules do NOT contain chemical additives and fillers such as magnesium stearate – a substance that unfortunately is found in many supplements. The capsules contain fillers made solely from natural acacia fibre, which is also known for it positive effect on the body.

To guarantee the quality of this product, Theanine is tested for purity. The tests are carried out by an entirely independent and specialised scientific laboratory.

The focus of RSG

Especially for the consumer, RSG has formulated a series of supplements in such a manner that–in contrast to most supplements–they are completely free of unnecessary and superfluous pharmaceutical & chemical additives and fillers, such as magnesium stearate and preservatives.

Therefore, the Theanine formula of RSG consists only of three pure ingredients: Theanine, natural acacia fibre as filler and a vegetable capsule based on cellulose that contains the supplement. 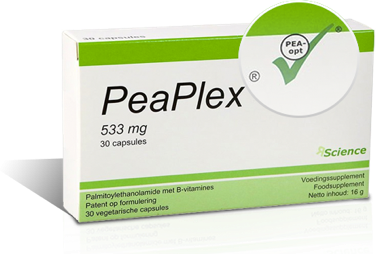 * The recommended daily dosage has not been determined.

L-Theanine is extracted from the tea plant and is therefore suitable for vegetarians and vegans.

L-Theanine was very extensively examined on safety and is considered to be Generally Recognized As Safe (GRAS). Long-term use during a few years has never led to any severe negative effects. For the time being, there are no indications that continuous use of L-Theanine will cause any problems. Dosage of 200 mg two to three times per day up to 400 mg three times per day can be ingested without any worries. In special animal models measured for safety, it emerged that higher dosage over a long period of time had no side effects (Borzelleca, 2006).

Strengthening effect of L-Theanine on other supplements

There are several supplements that reinforce each other in a positive manner, such as the combination of L-Theanine and palmitoylethanolamide (PeaPure). In addition, vitamin B-complex and vitamin D3 as well as L-Acetyl-Carnitine (Alcar) constitute strong combinations with L-Theanine.

It is advised to take 1 vegetarian capsule 2-3 per day, preferably on an empty stomach, unless advised otherwise.
Recommended daily dosage (3 capsules) is 450mg L-Theanine.
The effect on mental balance is usually noticed quickly, usually within 30 minutes to 1 hour after ingestion.